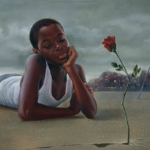 Hi, welcome to Creepypasta Classics Wiki! Thanks for your edit to the User talk:ClericofMadness page.

Could you tell me a bit about "Clockwork: your time is up"? I have never heard of it before.\

Satirical Legend (talk) 21:06, February 1, 2016 (UTC)A teenage girl named natelie , goes insane after her boyfriend breaks up with her and decides to kill everyone.

She then rips out her eye with a knife, and replaces it with a working clock and declares herself as "Clockwork the serial Killer".

Retrieved from "https://creepypastaclassics.fandom.com/wiki/User_talk:Satirical_Legend?oldid=5396"
Community content is available under CC-BY-SA unless otherwise noted.